We have another text and pictures low-friction unboxing. As unglorified as unboxings may be, they are often the most objective part of a review 🙂 In this post, we take a look at one of the many new Sennheiser headphones revealed at IFA 2016, the closed-back over-ear HD 4.20S, with a 1-button mic and remote, and non-detachable cable. Plus it has a very special model number 🙂

As before, I did the unboxing before I listened to them, so their use would not color the unboxing process (I’m not sure exactly why I am doing this, but it somehow feels useful) 🙂

The stand is not included, I am using it to give you a better look at the headphones:

WHAT’S INCLUDED in the BOX

This is Sennheiser, it is a spartan kit, you get: 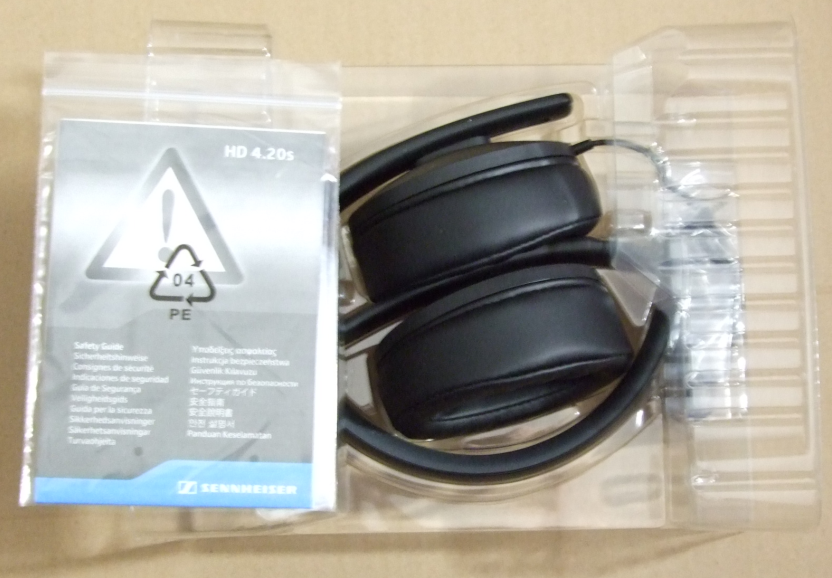 The earpads are one of the most important human-machine interface points, so here’s a trio of picture, measuring width and thickness too: 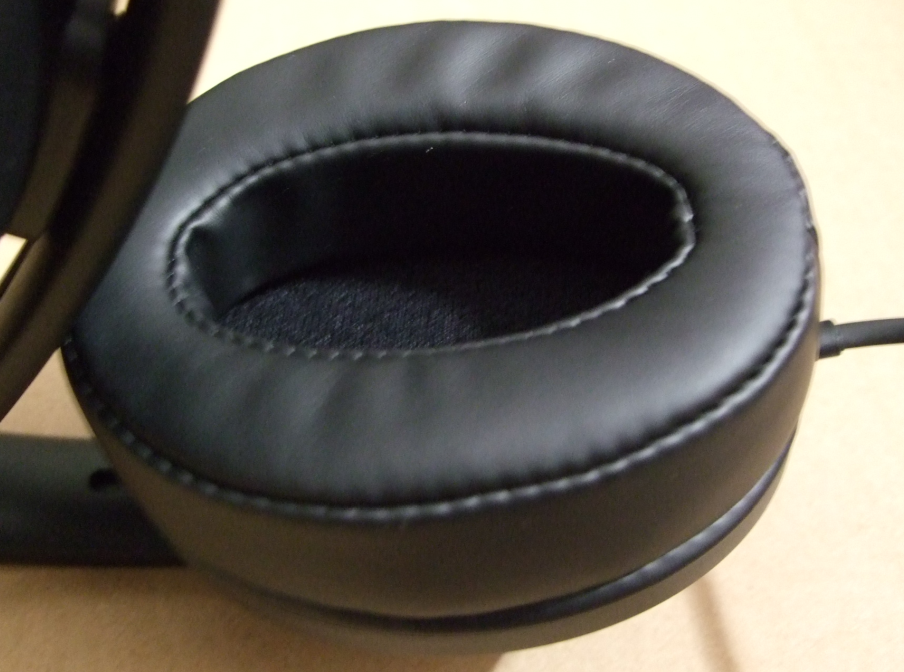 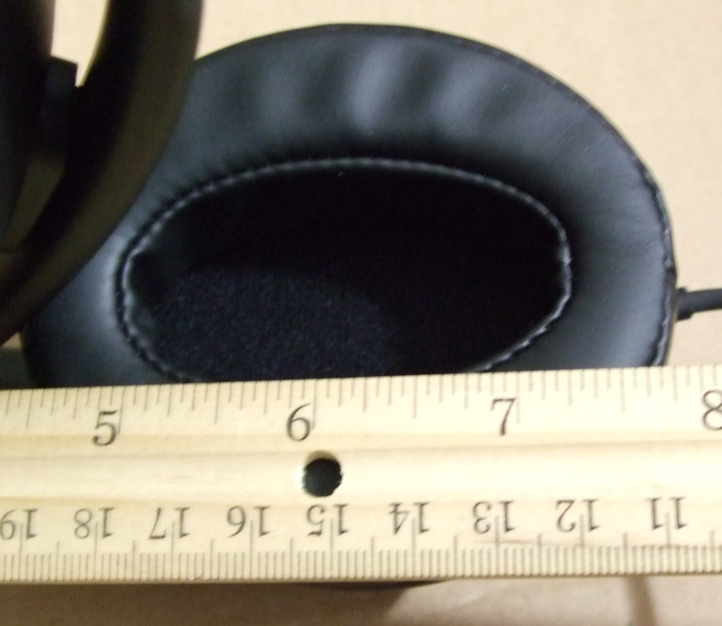 The cable is not detachable and it goes in on the right side of the headphone. Here’s a close-up: 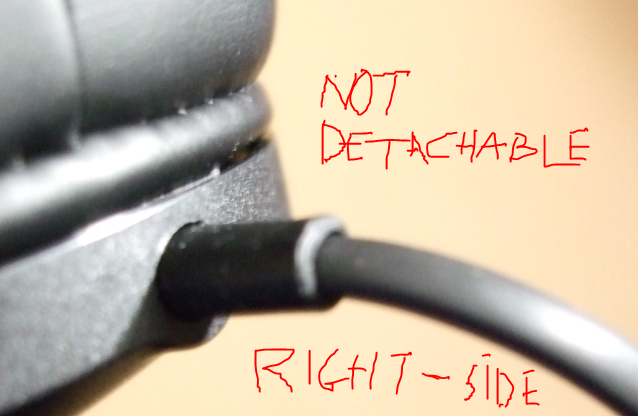 The folding mechanism is the same on either side, it looks seemless from the outside when not folded. 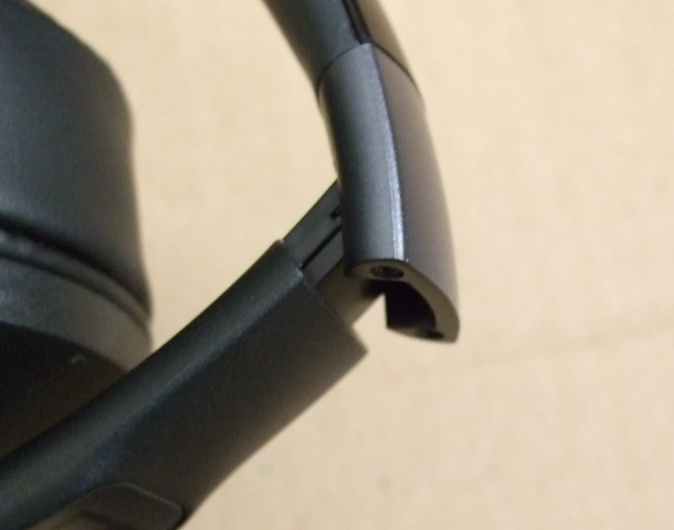 The MIC and REMOTE

Sennheiser went with a 1-button remote. The headphone’s name is on the back side of the remote, next to the mic. 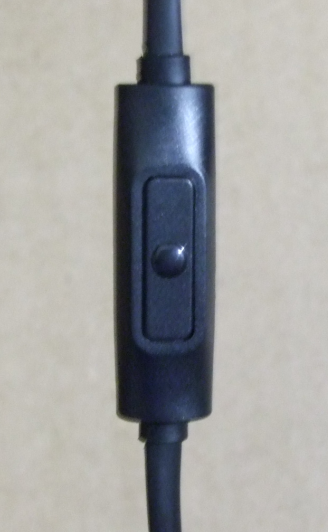 There is a simple way to open it, do not ravage the box, just take care of the three spots as shown:

This is a very low impedance headphone, I don’t have the equipment to measure it, but the box say it is 18 ohm: 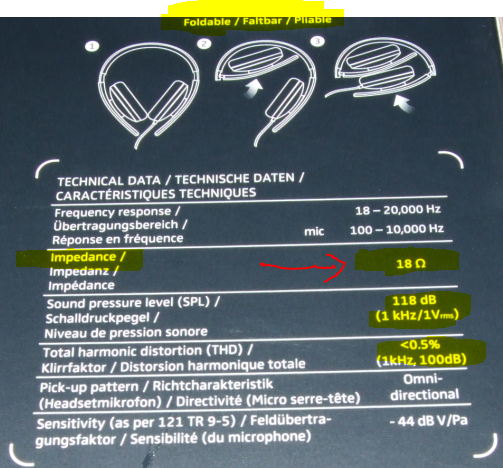 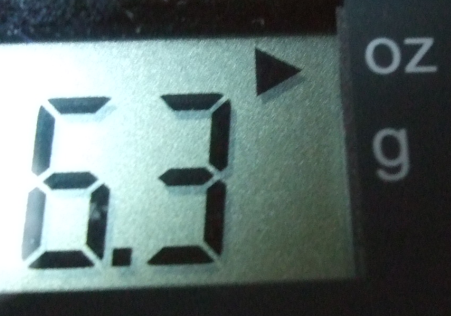