I bought the first generation Fiio X1 in late 2015, and took a handful of unboxing pictures. But I couldn’t find them until last week. It turns out, I had only stored them on the cloud, and I was desperately looking for them on local internal and external storage 🙂 So this is a fashionably late “text and pictures” unboxing. Note that as of late Fall 2016, the second generation X1 is coming out. This post is for the first generation model!

NOTE: more on this in upcoming posts, including a review. I’ve had it for about a year, so there’s no needed to do an in-progress review diary.

It comes in a vinyl-themed sealed package, measuring around 5 by 5 inches, and about 1 inch tall. Packaged and sealed, as you buy it from the retailer, weighs around 9 ounces. 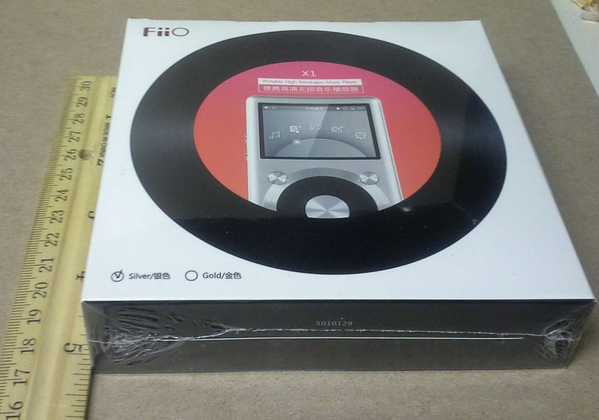 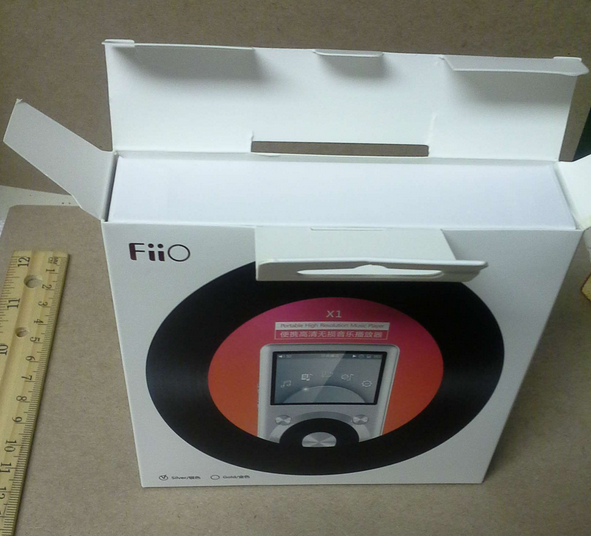 The box has a way to verify authenticity. I cut off the bar code from the picture below (the reducted black box): 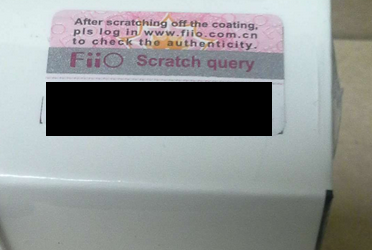 This is a pretty good bundle for a DAP that had a starting price of $100, and went for less when occasionally on sale. Note however that it requires a microSD card to play music, and a card is not included by Fiio. But some retailers may bundle them together. Regardless, as of late 2016, reliable microSD cards can be had for pretty good prices.

Out of the package, the X1 comes pre-installed in the included case. It is fairly easy to get in and out of the case, but it’s not the type of case where you take it in and out of it every few hours. Initially the case has a “materials” smell but it fades away over time. I can’t smell it now even if I stick right under my nose. I aired the case for a couple of days before using it. 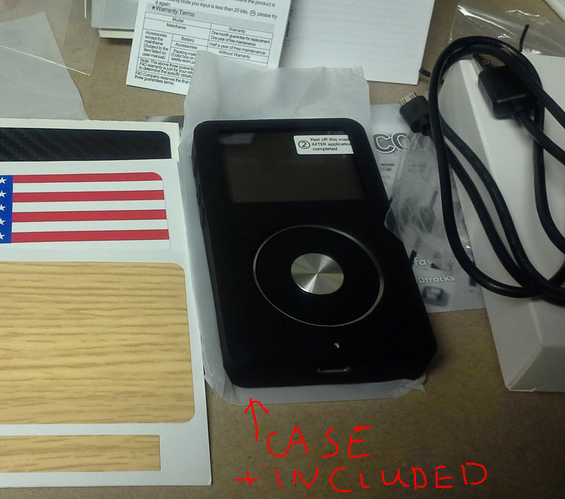 FOUR SIDES to EVERY STORY

We start with the front face, with the four small round buttons on the outer square, and the black scrolling-wheel and big round middle button. A nice touch of the wheel and menus is that when you reach the end of a menu and you keep rotating, it goes to the top, so you have two-direction scrolling all the time. 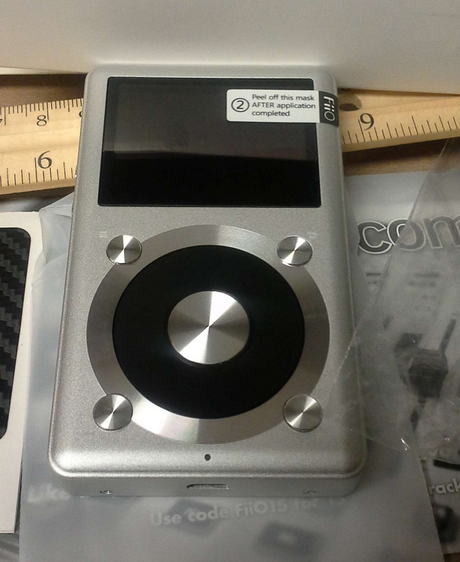 The micro-USB port is at the bottom, partly because of the uniform design approach so they can intermingle with other Fiio audio hardware. The 3.5mm headphone out port is at the top left side (I did not take a picture of that). 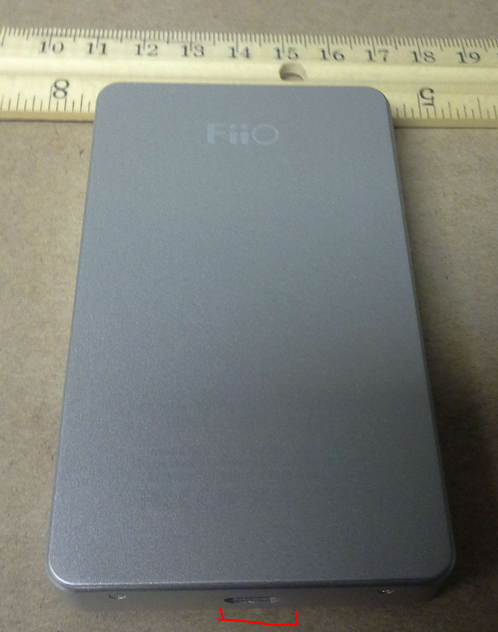 The left side has three round buttons, the Power button, followed by Volume Up and Down. There is a tactile trick to tell them apart, the Volume UP button has a protrusion that you can feel by touch, so you can tell where you are.

SIZING UP the CLIP PLUS

Another way to get a feel for its size, this is side by side with the Sandisk Clip Plus. However, note that the actual clip-on belt-clip on the back of the Sandisk is broken off. In fact, the belt-clips broke off on all three Clip+ DAPs I have, and I rarely used the belt-clips. It turned out for the better, because it makes the Clip+ lighter, so you can just balance it on the end of the headphone cable and your shoulder ~ if you want to. 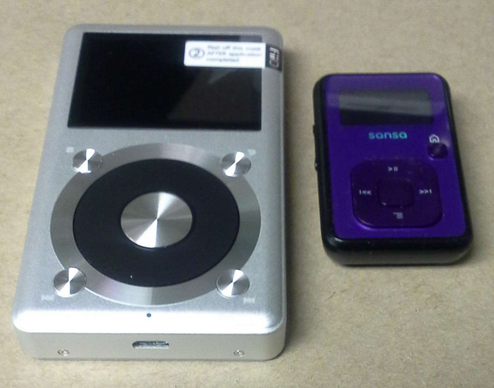