And so it begins. This is a “review diary” of the closed-back on-ear Beyerdynamic Custom Street headphones. It is a companion to the Text and Pictures Unboxing post. This is presented in reverse chronological order and will be updated many times in the next few days/weeks/months… I will be calling them “BCS” for short below…

YOU CAN PLAY TWO MUSIC SOURCES at the SAME TIME

You can indeed play two music sources at the same time. Each side is independent, so I have the Fiio X1 playing on one side, and a Clip+ playing on the other side. This is nice 🙂 Whichever one has the higher volume, is louder (obviously).

In terms of practical applications, you can do this if you listen to an audiobook with a layer of classical or jazz or other instrumental music in the background.

In terms of music playing, you can use this to simulate being about and out in a busy place where you have all kinds of sound and music. It is obviously not an ideal music appreciation combination, but if your brain needs more than background signal to help you concentrate, this may work.

More so, if the two music sources are not fast or loud, it is kinda interesting. I am doing this with Depeche Mode’s “Delta Machine” on one side, and Lady Gaga’s “The Fame”. This perhaps works better if you are already familiar with the music, so your brain’s musical “autocomplete” function can fill in the gaps as it gets two musical inputs instead of one 🙂

EXPOSED: Heliotrope’s “Over There That Way”

During a music discovery session I started on Heliotrope’s 2016 album “Over There That Way” with the bass slider in the middle position. This definitely exposed the BCS. They sounded very closed, and not enjoyable. I am pretty forgiving, but in this case, no, no, no. However, switching to the minimum bass setting makes it listenable. I would have expected the highest bass setting to be like that, but not the middle.

So I finally re-hooked up my music keyboard, and did the “drum test”. I turned on the Drum faux-instrument (#395 on a 61-key Casio) and played the “Blue Monday” beat intro using the leftmost key (“C”). The results were as expected, the lowest bass setting was rather anemic but the time between beats was faster than the other two settings. The middle bass setting was a more satisfactory bass response but the time between the beats decreased slightly. At the highest bass setting (two holes open), the bass increased a little bit more but so did the delay between the beats.

Probably not enough bass to please bassheads, but I did not notice any glaring issues with the middle and highest bass slider settings.

This test also reminded me of another pet peeve – the ability to tell Left from Right in the dark. It’s hard to see a tiny L and R when it’s sinking into the body of the headphone. For this particular headphone though, if you memorize the location of the bass sliders (versus the cable inputs), you can use those as a quick way to tell L from R. Or I suppose have a favorite track that switches between L and R that you play every time you put them on /s 🙂

UPDATE: another way to tell Left from Right is to remember which side you plugged in the cable!

About five weeks later, comfort has slightly improved with these. They were not painful to begin with, but a combination of the material settling in and me adjusting to wearing them helped. Despite the good grip, I don’t get the usual jaw/ear pain that I get with tight-holding on-ears after wearing them for more than one hour.

I am not a materials scientist, and I don’t play one on TV, but I think the secret to their comfort is the thick padding: 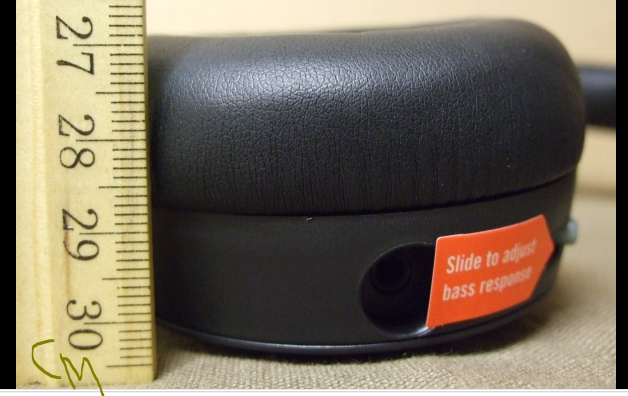 While Blur’s “Magic Whip” bass slider situation was straightforward (see below), things are more complicated with Depeche Mode’s “Delta Machine Deluxe Edition” (CD rip to FLAC Archiving with Music Bee, playback Fiio X1). There was no clear winner among the three bass positions. The lowest bass setting gave it a more classic Depeche Mode sound, while the other two gave it a more bassy feel. The maximum bass setting did not really ruin it, although it is not exactly the best performance of the album either. For example, it didn’t ruin some of the more fragile vocal passages (eg “The Child Inside”).

One reason I use this album is because it can expose some of the consumer-bassy headphones that have bloated and out of control bass. I did not get the visceral winces with the Beyerdynamic Street that I get with some consumer-bassy models. But it wasn’t the best or ideal “tastefully bassy” performance either.

Speaking of that album, for the life of me I cannot understand why those four songs were relegated to the “Deluxe” edition. One can easily make the case that each and every one of them belonged to the main album. Perhaps it was a matter of space. On the physical CD purchase, there are two discs. Or perhaps they wanted to end the album with the song “Goodbye”, whose last word sang is …”Goodbye”. That’s one way to make sure the listener knows the album is over :)… UPDATE: the album opens with “Welcome”, so they are actually framing it with “Welcome” and “Goodbye” 🙂 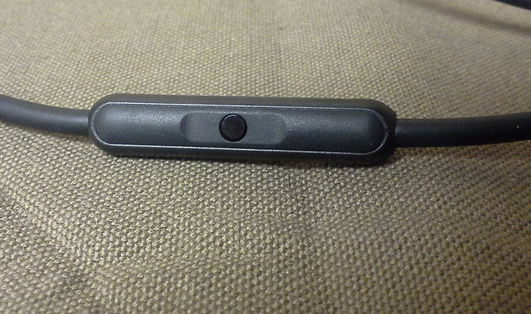 I still have to investigate the Fiio X1 issues mentioned earlier…

You can adjust the Bass Sliders by touch. There is one in each earcup and you don’t need to take the headphones off your head. Even if you are not versed in touch-sight, you can simply feel the position of the slider and the open/closed holes and switch between them on the fly. This is both a practical feature and also an Accessibility feature. 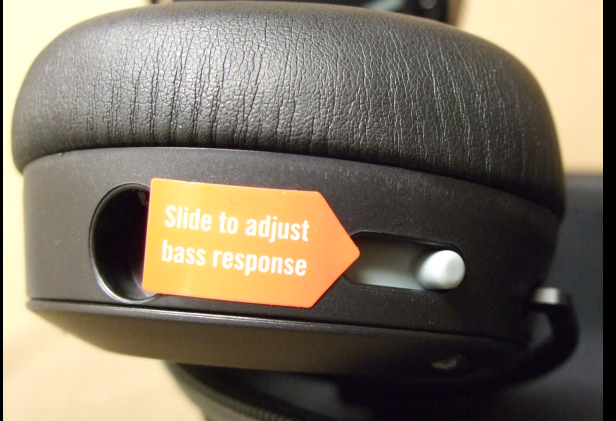 PS: the orange flag is removable 🙂

The remote control for the Roku 3 has the most finnicky input of all the devices I use, so I use that to test how well a plug fits in more difficult situations. It works fine with the Roku remote. This is a closed on-ear headphone, so it’s not really ideal for cinematic TV watching, but it’s definitely serviceable, and won’t fall off your head 🙂

Blur’s “Magic Whip” is one of my rolling albums of the year. By “rolling” I mean that I do not define albums of the year on a calendar-year basis, but on a rolling basis. This approach is more fair, since an album that comes out in February has 11 months to “win me over”, while something that comes out in November does not have enough time to build up momentum. I typically try to avoid over-playing favorite albums, because that’s one way to ruin them but…

… in this case, this is a great test album because it is enjoyable on both audiophile-type headphones but also transforms into a fun listen with “tastefully bassy” headphones. So it is a great test candidate. So I must needs use it (the sacrifices we make!)

To cut a long story short, of the three bass slider positions, this album was more enjoyable with the middle Bass position (one slot open). With the Bass Slider closed (the lowest Bass setting), there was not enough bass to make it “tastefully bassy” and it was not audiophile-ish enough to enjoy it “normally”. These are closed on-ears for portable use, so I was not expecting audiophile-ish miracles.

The maximum bass position (two slots open) was not “tastefully bassy” either. Parts of songs exposed its bass performance, some boominess, some bloat, some near-ringing, and just not as much fun.

Which leads us to the winner among the three, the middle position (one slot open). It was the closest to a “tastefully bassy” performance, without the noticeable bass-related issues of the maximum-bass position.

I listened to this on three different days to minimize the chances of the randomness of a single session. Over-listening can bring out things that you don’t normally notice or fret about, but I believe other headphones in the sub-$100 category can do better in the “tastefully bassy” reproduction of this album.

TO-DO in the FUTURE 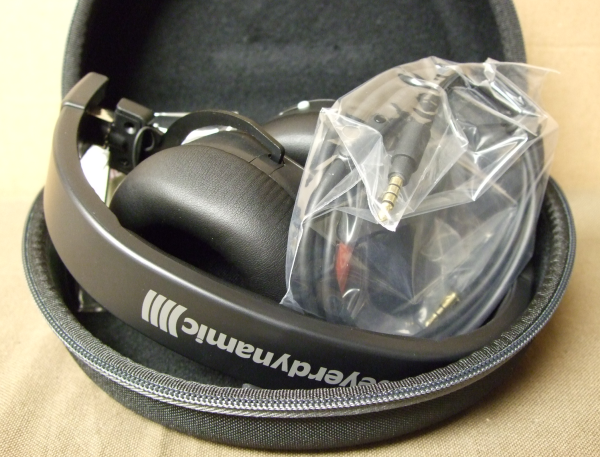 CABLE GOES IN ON EITHER EARCUP SIDE

The cable is a standard 3.5mm to 3.5mm but you can insert it either on the left or the right earcup. The cable measurements (52 inches long end to end) along with the position of the remote on the cable have been added to the measurements table in the section below. The 2-ring side with the notch goes into the earcup, while the 3-ring side goes into your music player. 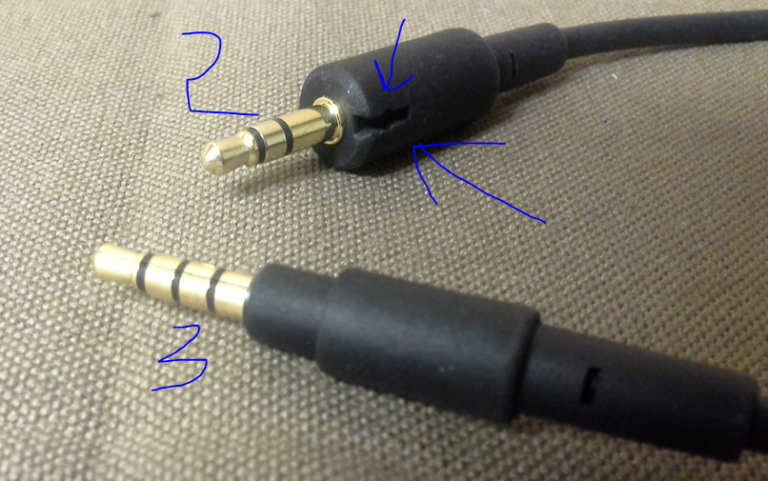 Before first use, here is the weight of the headphones, the cable, and the empty case:

On Day #1, two issues rose when using them with the Fiio X1 that I need to further investigate:

This is the first time I had any issues with the Fiio X1 not working with an in-line remote. I have to test both the cable with other devices (eg phones, iPod) and also use a different cable on the Streets with the X1. Stay tuned for that.

Once I turned OFF the in-line remote function detection from within the Fiio X1 menus, the ghost button presses stopped happening.

Day One! It’s too early to talk about sound, as there’s the mental and biological “burn-in” and potentially the headphone burn-in too (*insert open can of worms here*). I’ve been playing too many things and jumping around, and also adjusting the Bass Slider, so it’s too early for sound commentary.

I may not be a founding member of “Big Head Todd and The Monsters”, but I’m on the above average head size, and these fit only at the full extension of the sliders. They hold on to your head well, I haven’t had any instances where I thought they would slide (let alone drop) while walking around the house and sitting/typing. 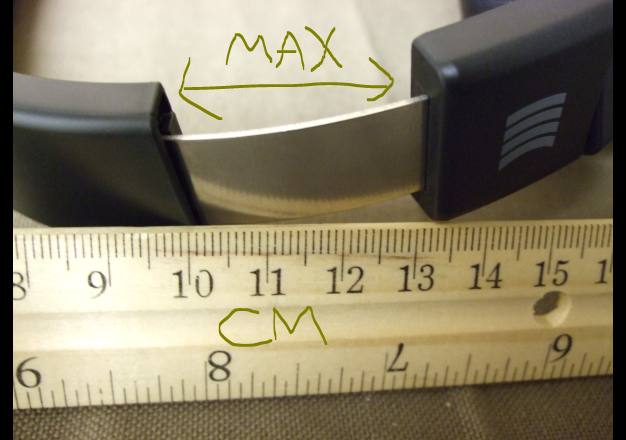 The thickness of the pads may be the secret to comfort here. Because they hold on pretty tight, and I’m wearing them at maximum extension, I was expecting some kind of pain and headache, but nothing yet after about one hour of use.